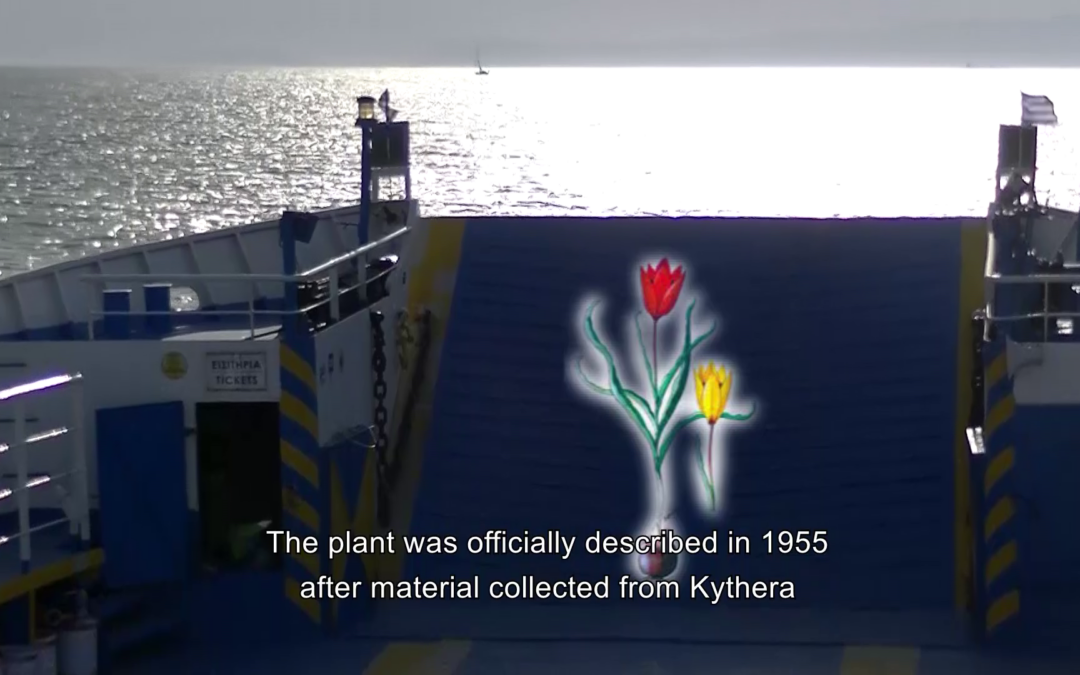 In the context of the 5th Ecological Symposium of Elafonisos, organized by our Association, we invited the Greek artist Foteini Tatsi to create a work of ecological art for the island. The video-artist created the video ”The quest of Goulimi’s Tulip” which you can watch online during the Symposium here.

The enigmatic video is a fictional quest for Goulimi’s Tulip that takes place in April 2028. The protagonist is a botanist who explores the island of Elafonisos to locate the last remaining Gulimi’s tulip, a species of tulip that grows only in very specific areas in Greece and is currently classified as Vulnerable – VU. 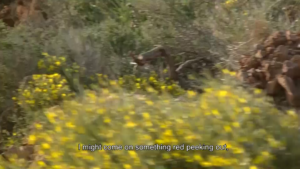 The video begins with a historical review of the original discovery of the tulip in 1954 by Konstantinos Goulimi, from whom it takes its name, and thus introduces us to the second attempt to locate it after critical climatic conditions such as annual fires due to global warming.

Foteini Tatsi, in her video, mixes elements from documentaries, scientific lectures , historical narratives and video art, thus creating a parallel future reality that seems dystopian but realistic. As stated in the video “most endangered animals and plants are already extinct” although 6 years ahead this scenario does not seem unlikely as the governments’ indifference to protect the natural environment is not a secret. The artist comes to criticize this indifference and to present a fictional snippet of the future as she foresees it. The character of the botanist comes to be identified and deconstruct at the same time as the botanist, thus enriching the viewer with their personal thoughts, moments and findings. 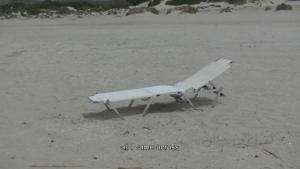