The first turtles have laid their eggs in Elafonisos 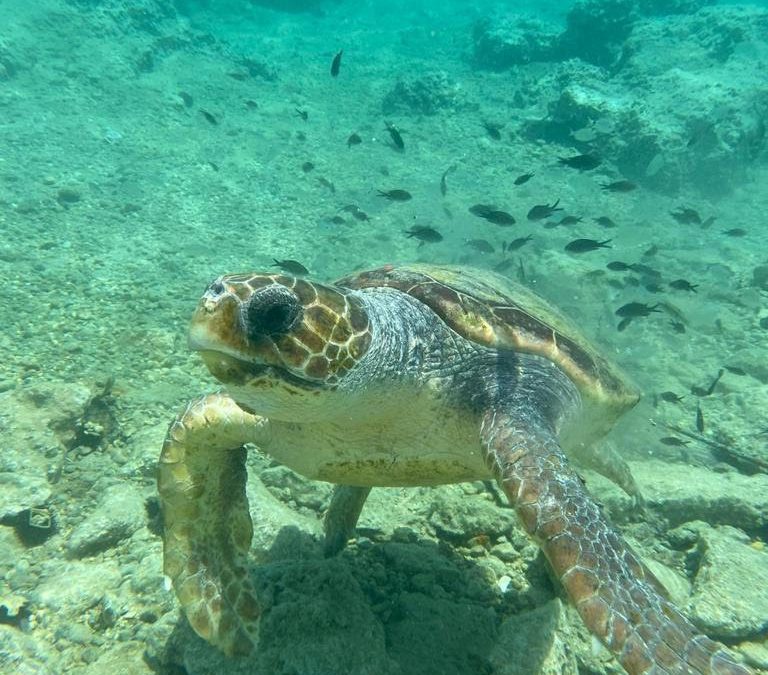 Greece is one of the countries bordering the Mediterranean where Caretta Caretta turtles come to lay their eggs.
ARCHELON is an NGO that looks for the conservation of the marine turtles in their habitat. In the South of Lakonia, ARCHELON collaborates with the NGO “TULIPA GOULIMI”

Between April and May, the turtles mate and a week ago, four Caretta Caretta turtles came to our beaches to lay their eggs.
One in Kotogoni

And two near Magano, on dry land in front of Elafonisos.

Thanks to Peter and Livia for having found the tracks in lower Simos next to the umbrellas.
Immediately, the specialists of TULIPA came and decided to transfer the nest in a more protected zone.

In Magano, right in front of the house of Raffaella and Matteo. The turtles must have been attracted by the positive vibrations of Raffaella’s yoga spirit.

Peter was the first to intervene, Thanks Peter!! 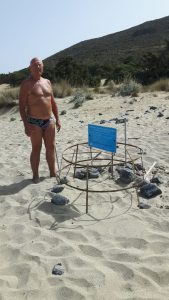 Here are the instructions to follow when finding turtle tracks:

You need to be on the highest part of the beach, far from the sea, to get a better idea of whether they are turtle tracks. So you need to take a picture, even if you are not sure, always take pictures. It helps to identify if they are indeed turtle tracks or not.
Then, estimate the geolocation of the place with the help of a GPS (google maps or plan), as well as the time when you saw these tracks.

If you are in Elafonisos, contact Maria of the NGO Tulipa as soon as possible at the following number : +30 6948525841 or email : mariaaronis18@gmail.com, Yiannis Psarrakis toulipagoulimyi@gmail.com or Francesca +393333331284
They will come as soon as possible to protect the area with their special equipment.

Take pieces of wood to mark out the area where the turtle stopped, to limit the risk of trampling while waiting for the NGO to arrive.

Of the 25 turtles we expect to lay their eggs this summer in Elafonisos …. plan is under control !

This coming week, the first groups of French scouts arrive. They  will help us monitoring all the beaches where we expect turtles to come laying their eggs and they will check that nests are not destroyed.

The baby turtles will be born within 40 to 60 days. So in August, we will probably have some nice surprises.

We will keep you informed !