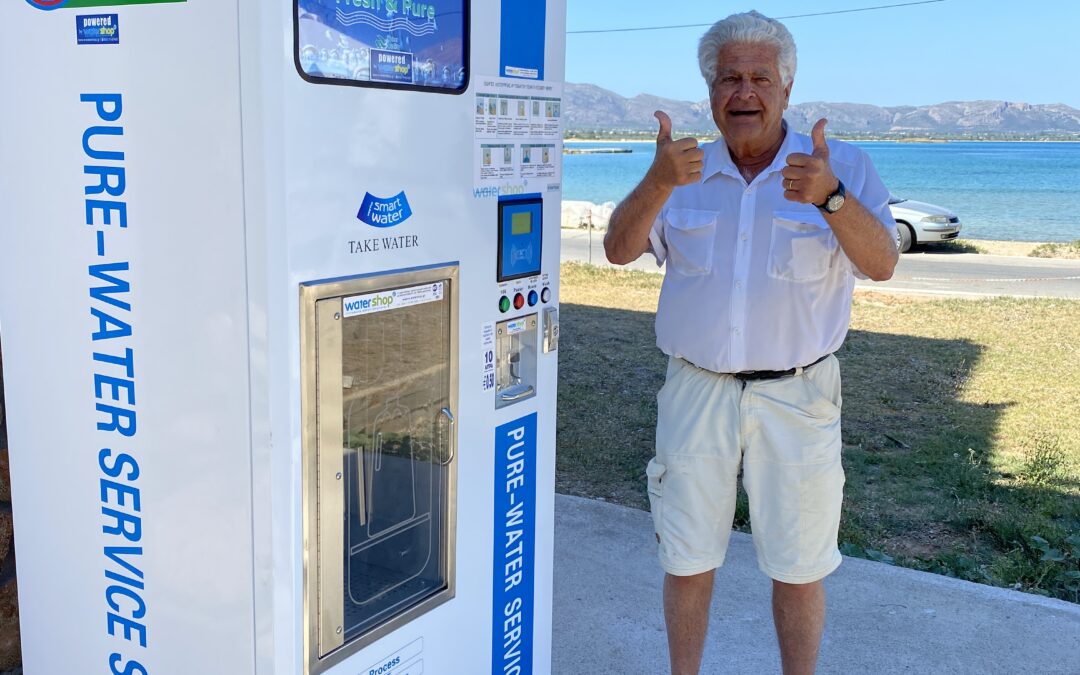 The island of Elafonisos, like many other Greek islands, suffers from a major water supply problem. The water that is drawn from the wells is too salty for everyday consumption. The association Elafonisos Eco had the idea thanks to the company WaterShop and Estella Hotel to partially remedy this problem by installing a kiosk in the city center to desalinate the water.

In addition, using the kiosk reduces the amount of waste on the island, as each year more than one million plastic bottles are used on the island. Thanks to the kiosk, this number could be significantly reduced.

The Water Kiosk provides drinking water at a very low price: 2L = 10 cents. It is connected to the well of the island, but thanks to an integrated system it desalinates the water and makes it drinkable for all.

The main purpose of the Kiosk is to reduce plastic consumption on the island. At present there is only one Kiosk in town but if it can be shown that its use is rising sharply, then others will be set up on the island of Elafonisos.

Where is it now? 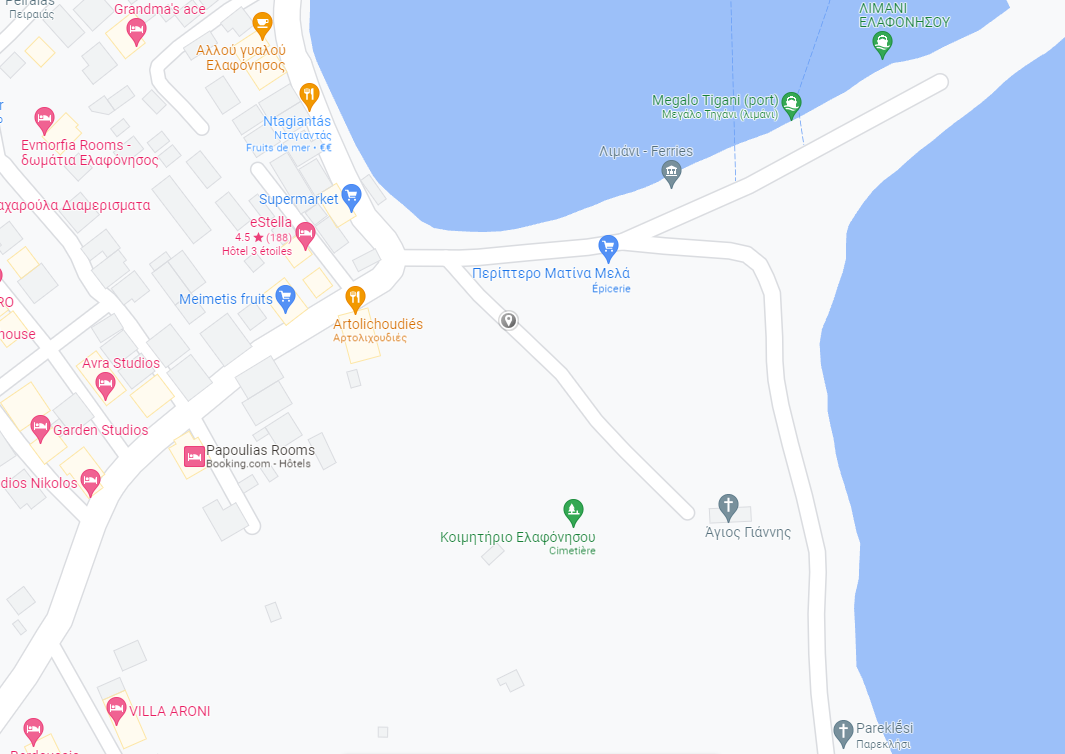 What are the benefits

of using the kiosk?

Many benefits in using the Water kiosk rather than the water from plastic bottles, both economic and ecological benefits.

On this table, we can see a multitude of data, it is an approximate representation of water needs and prices according to the different options,

Several cases are studied in this table on many different dates to have an overview of the benefits that it would represent to the inhabitants of Elafonisos to use the water of the Kiosk rather than plastic bottles.

The price of water from a plastic bottle purchased in a store is approximately 40 cents/litre, while using the Water Kiosk, it comes to 5 cents/litre.

As we can see for a family of 5 people composed of two adults and three children the price of water by buying in store would be 930 € / year while if this family used the Kiosk it would come to around 116 € / year. So, it would make an approximate profit of 814 € / year, which is far from being unsignificant for families who do not have great means. 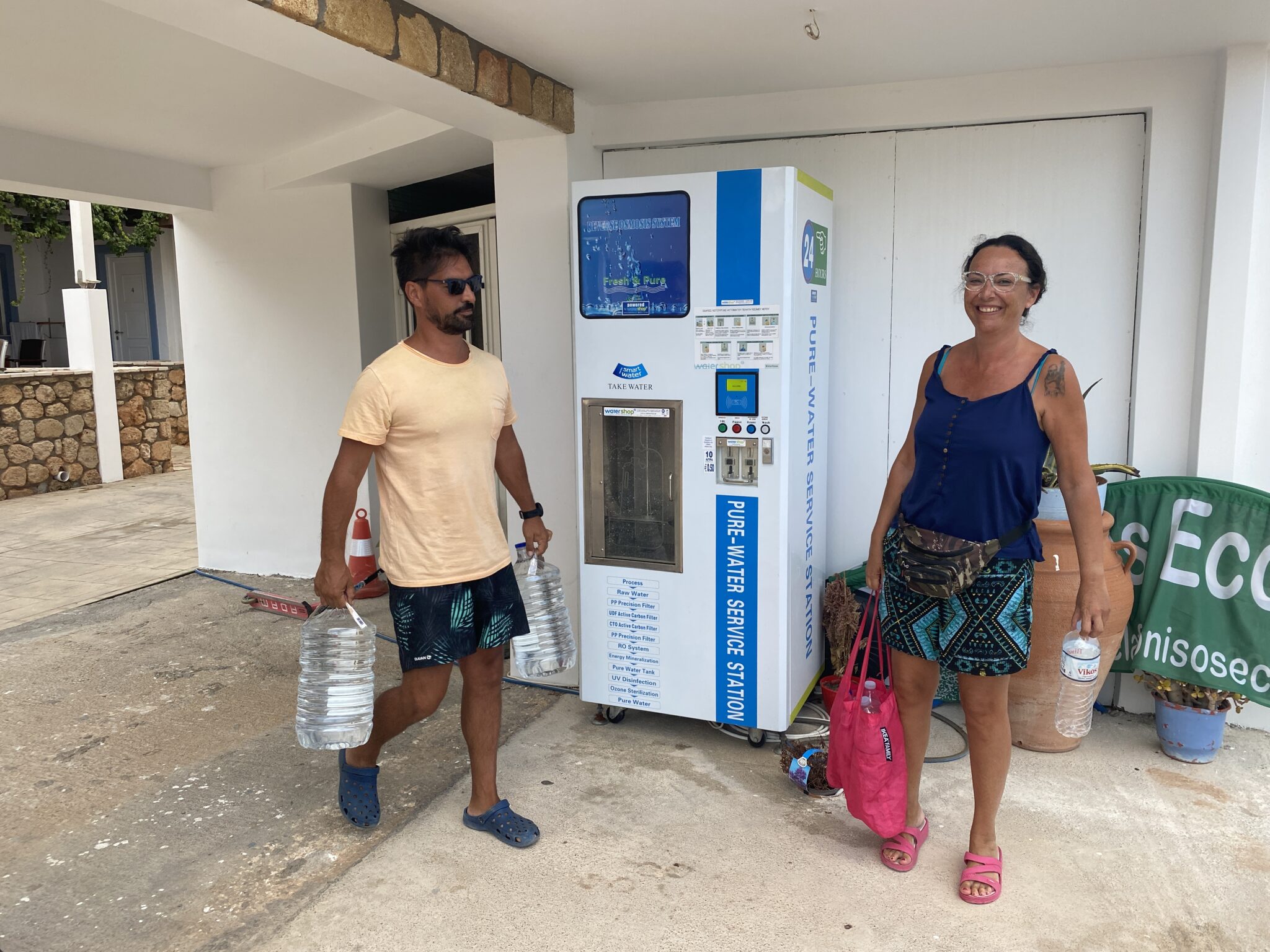 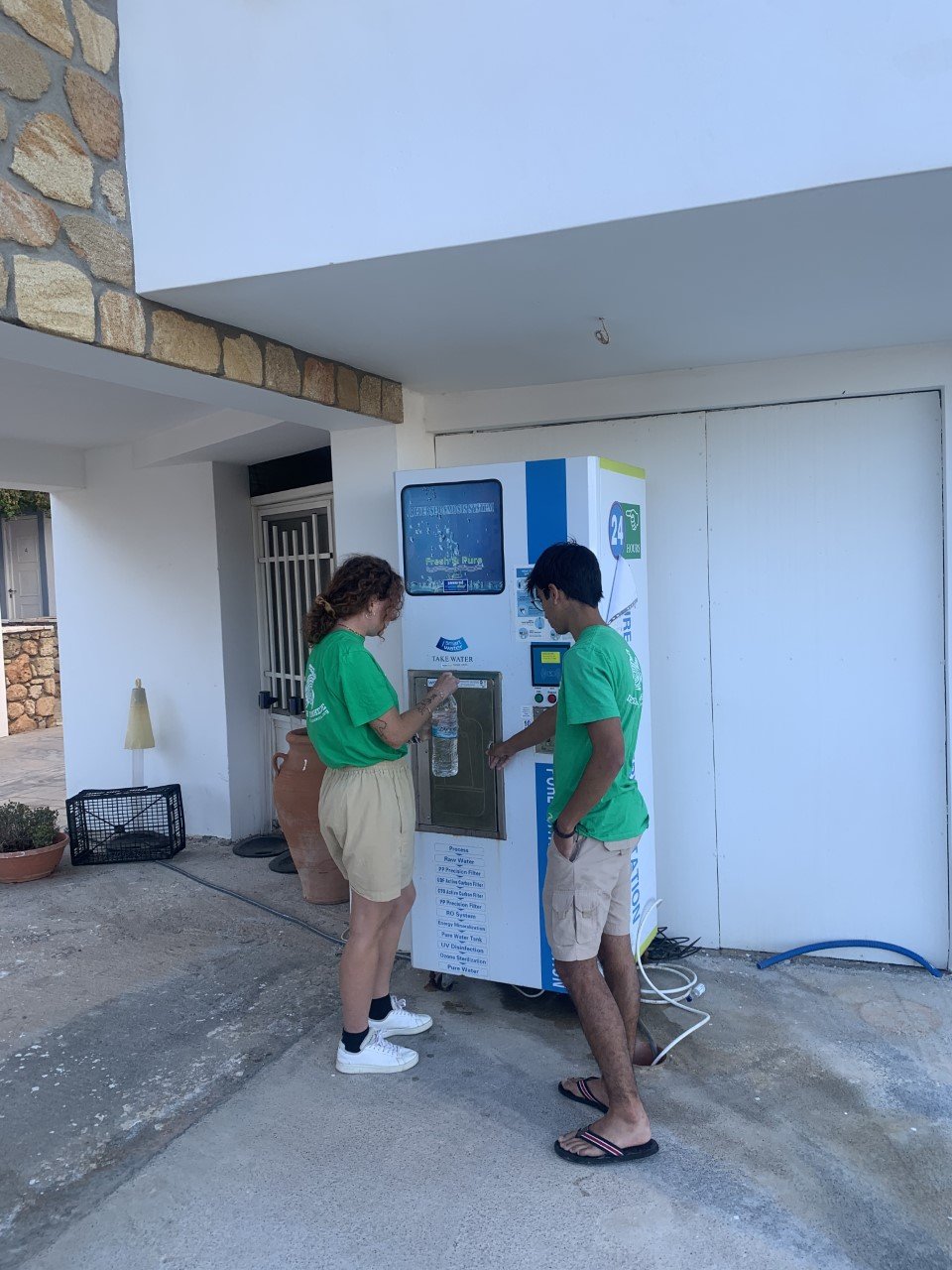