The cat Nerone and the turtle Marinella 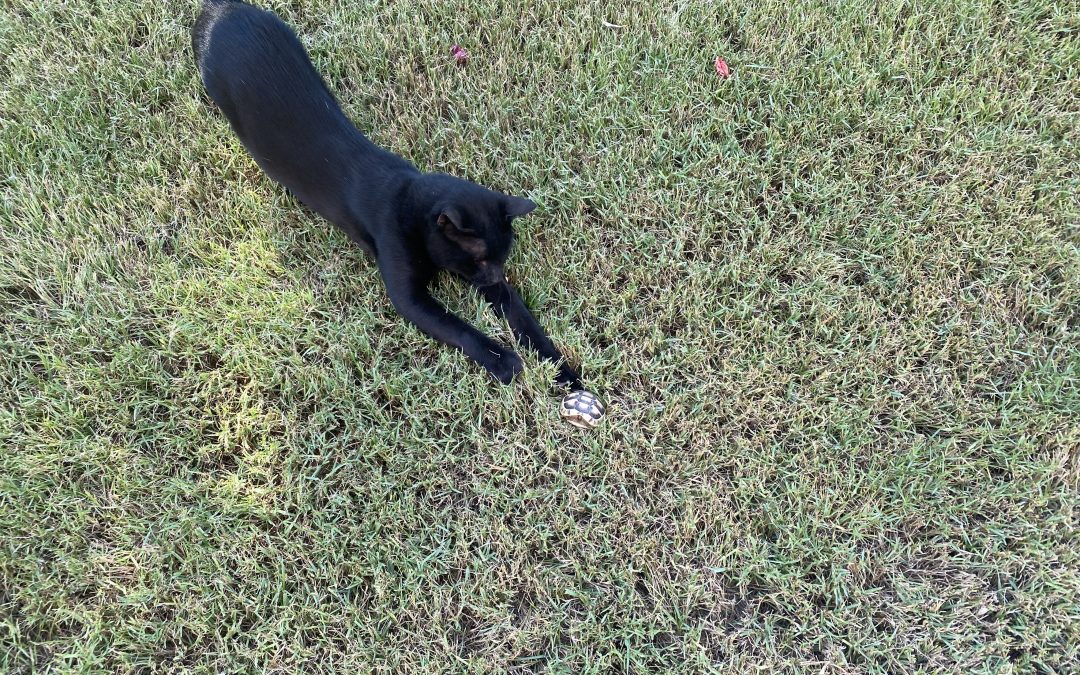 NERONE is a black cat from ELAFONISOS that has lost an eye, I think from a futile fight between cats.

Gianna was the first to adopt him, but NERONE, naughty cat, when Gianna is not there was adopted by Vassiliki and also by us. 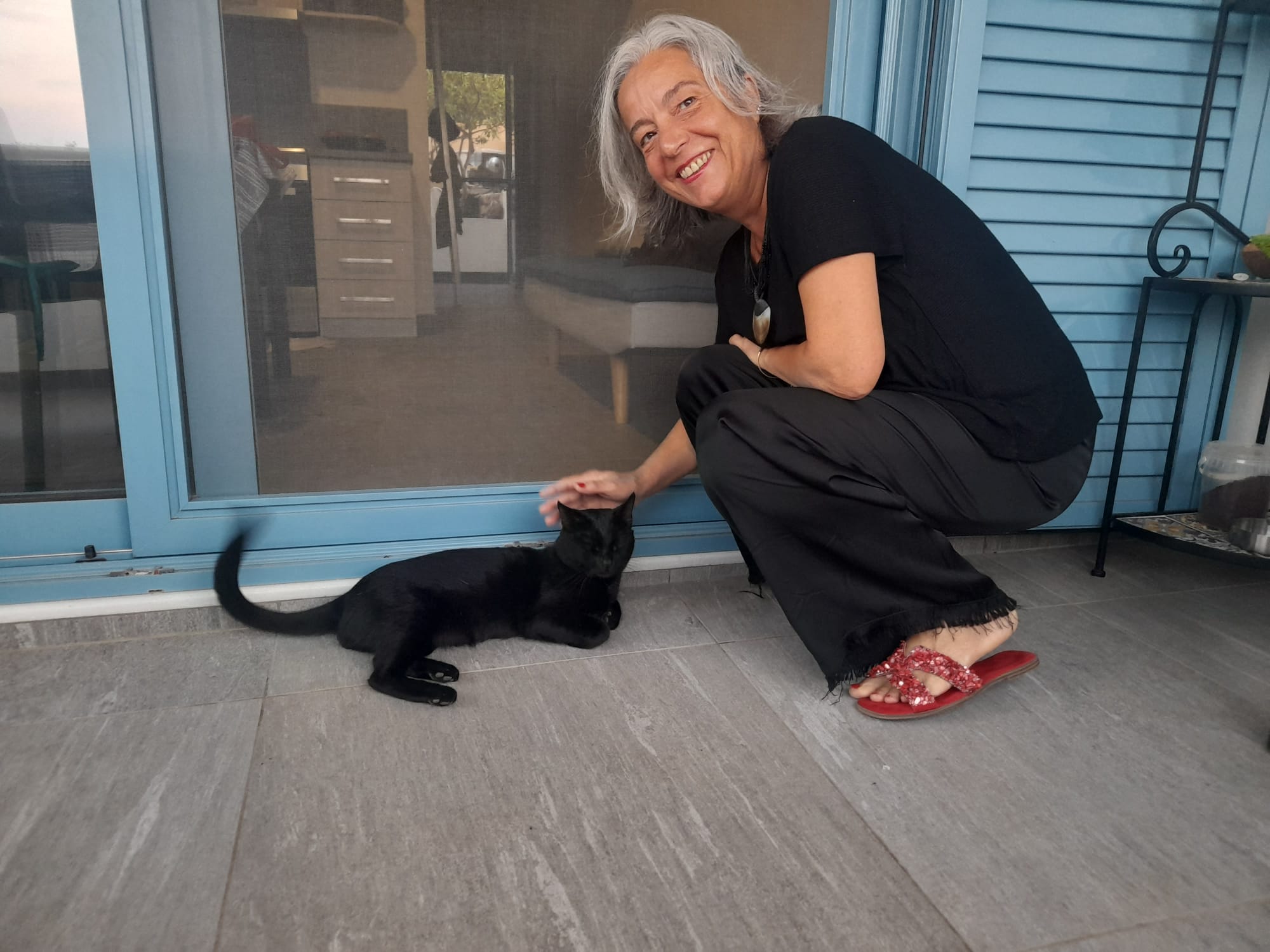 This summer NERONE met for the first time a young land turtle, MARINELLA.

At first suspicious, then he felt confident and… he fell in love with Marinella.