MIKIS THEODORAKIS has left us, but SIRTAKI remains forever. 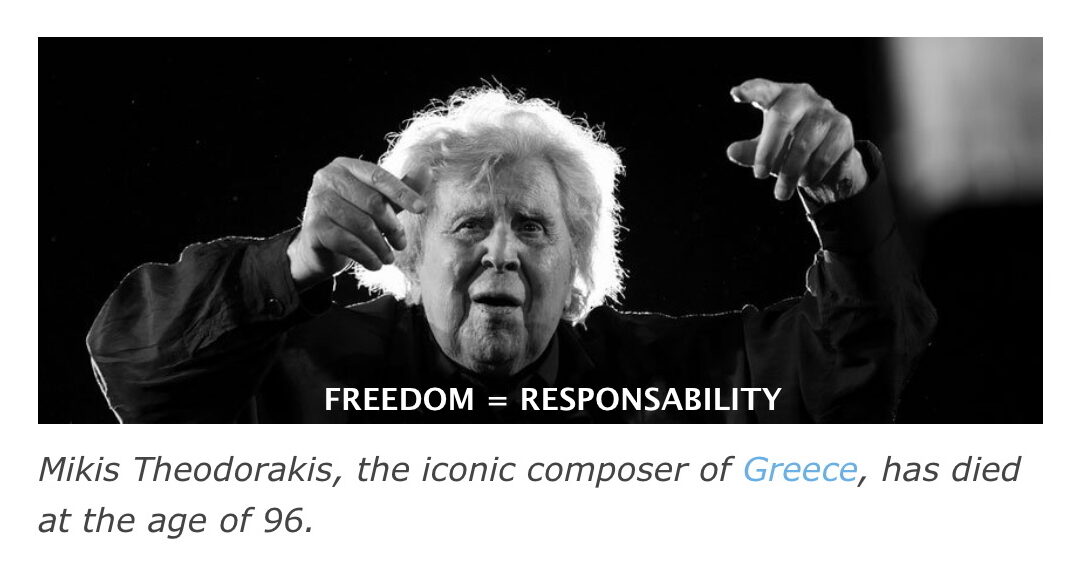 Wednesday 8 September in the center of Athens in the chapel of THEOTOKOS GORGOEPOIKOOS and AGIOS ELEFTHERIOS, adjacent to the Cathedral, after 3 days of national mourning an immense crowd gave him the last farewell. And I was glad to be there!

I have always been struck by one of Theodorakis’ statements: “nothing is more necessary and precious to man than freedom”. What is freedom for Theodorakis? Freedom is responsibility towards others and towards the community. Great statement.

Did you know that it was Theodorakis who “invented” the SIRTAKI?

The soundtrack of the cult film “ZORBA THE GREEK” of 1964, known as SIRTAKI, is a dance inspired by two famous Greek folk dances: the “syrtos”, which includes group figures, and the “pidiktos”, characterized by the acceleration of the rhythm.