HURRAY: THE TURTLES OF MOTHER BELLA WERE BORN 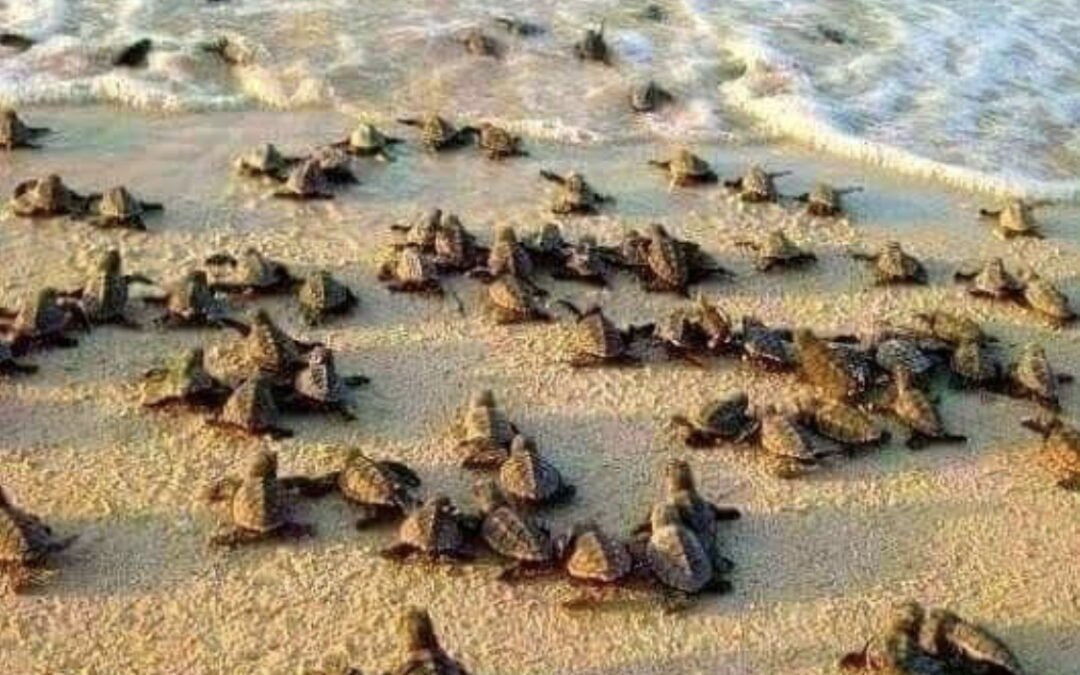 Do you remember that on June 18 a caretta caretta turtle, which we named BELLA, had laid its eggs in PANAGHIA?

The eggs hatch between 45 and 70 days later. From August 5th we started to prepare, as we did in 2020, the arrival at sea of the baby turtles, leveling the beach from the nest to the sea, to recreate the beach that the BELLA turtle had found about 25 years ago when she was born in Panaghia and putting wooden stakes, as we did in 2020, to avoid the passage of tourists who with their footsteps create depressions. 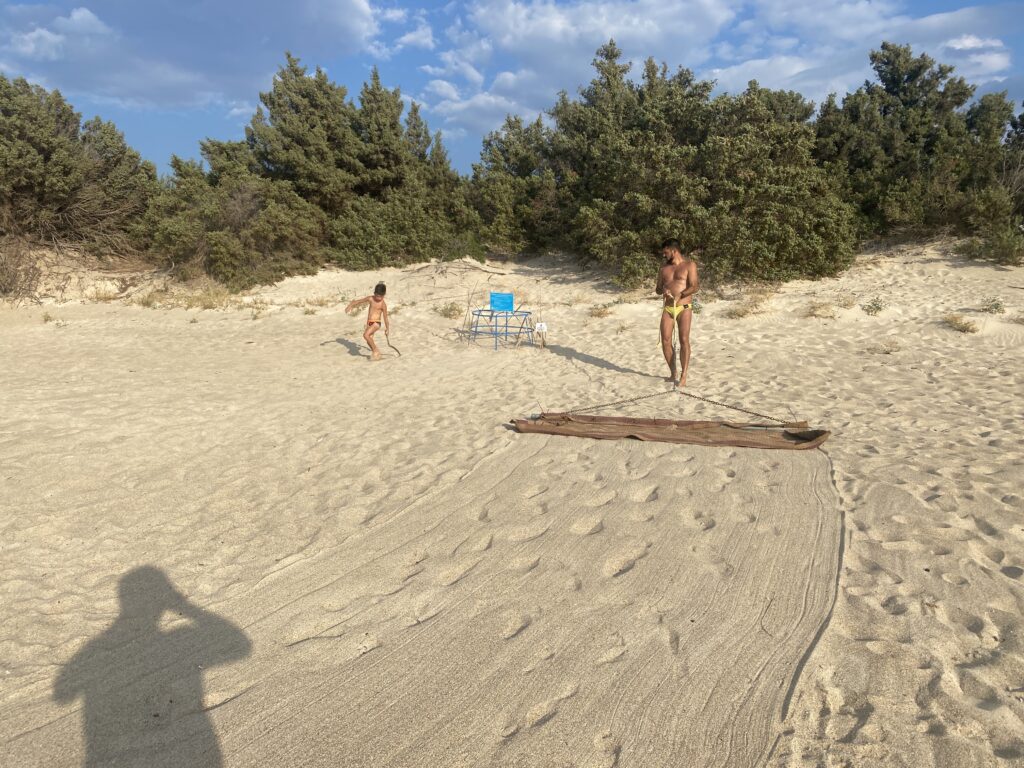 With the passing of tourists the furrow had been canceled 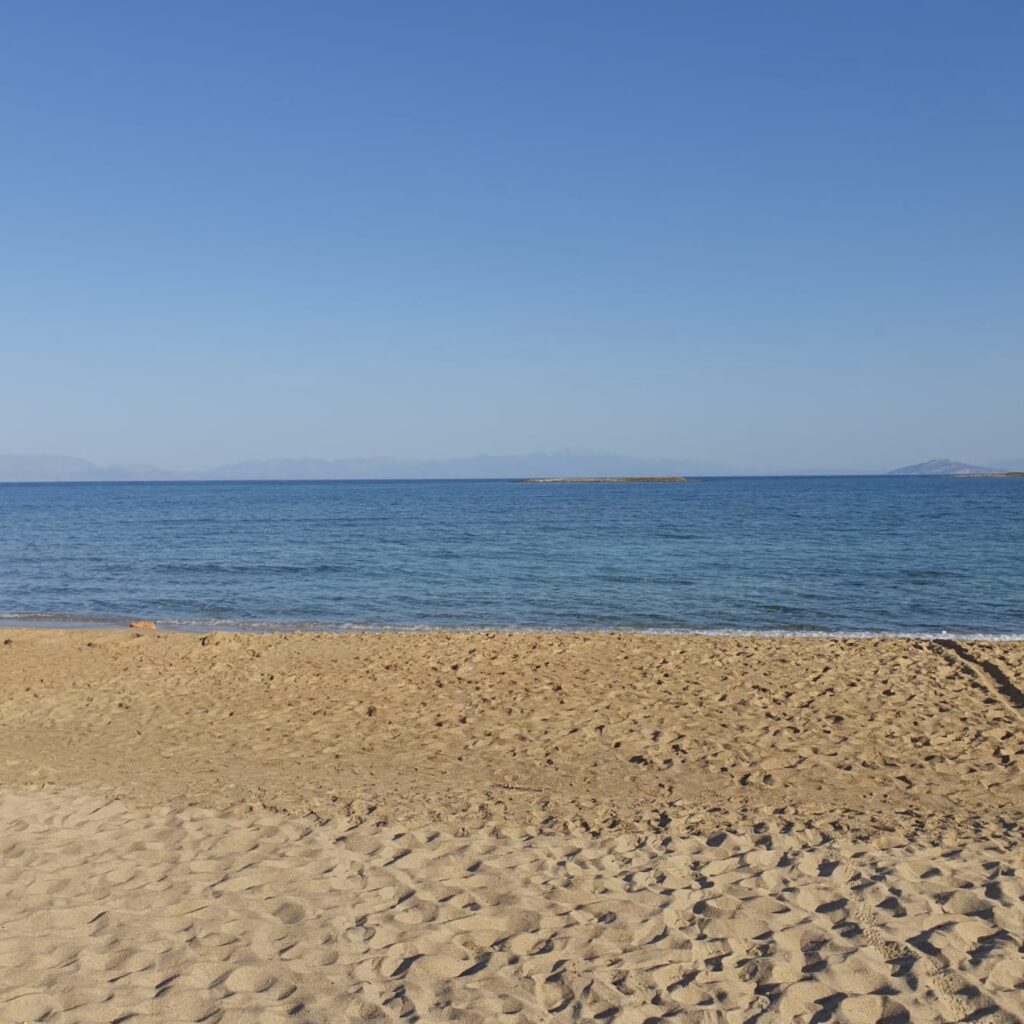 The volunteers… that I would call VOLONTEROSI Valentina, Francesca and Laura with Davide, Angelo and Marco started from 5 am to do shifts to follow the hatching of the eggs .

The first traces were spotted by Valentina who …fell asleep just as the first baby turtles were heading for the sea. Davide, our poet and lawyer, immediately alerted the competent authorities.

In the following days they saw always new tracks … but never the turtles!

They then decided to do the patrol all night .. and have been awarded. Late at night they heard noises coming from the nest… hurray more turtles were born.

With the departure, for return to Turin, of Valentina’s group, Stefano collected the relay .. let’s say a little incredulous ! but he had to change his mind. Sunday morning, August 21st, other traces of a baby turtle. Solerte alerted Francesca, Toulipa Goulimi’s volunteer, who thanked Stefano.

At 7 pm, as they did two years ago, also in Panaghia, Toulipa Goulimi officials arrive to open the nest and record scientific data.

Thus, 63 days after the spawning of Mamma BELLA the nest was closed. Thanks to Kosta and Asimos who first spotted the traces of mother BELLA, to the group of Valentina and Davide and above all to the officials of Toulipa Goulimi.

In Elafonisos on Simos beach, on the right of the campsite, a Caretta Caretta turtle laid its eggs. The nest was protected by Toulipa Goulimi.

Turtles should also be born in Simos in a few days.

The nest has been moved, as it is too close to the sea, and prepared the corridor for turtles towards the sea.

Turtles were also born in Simos 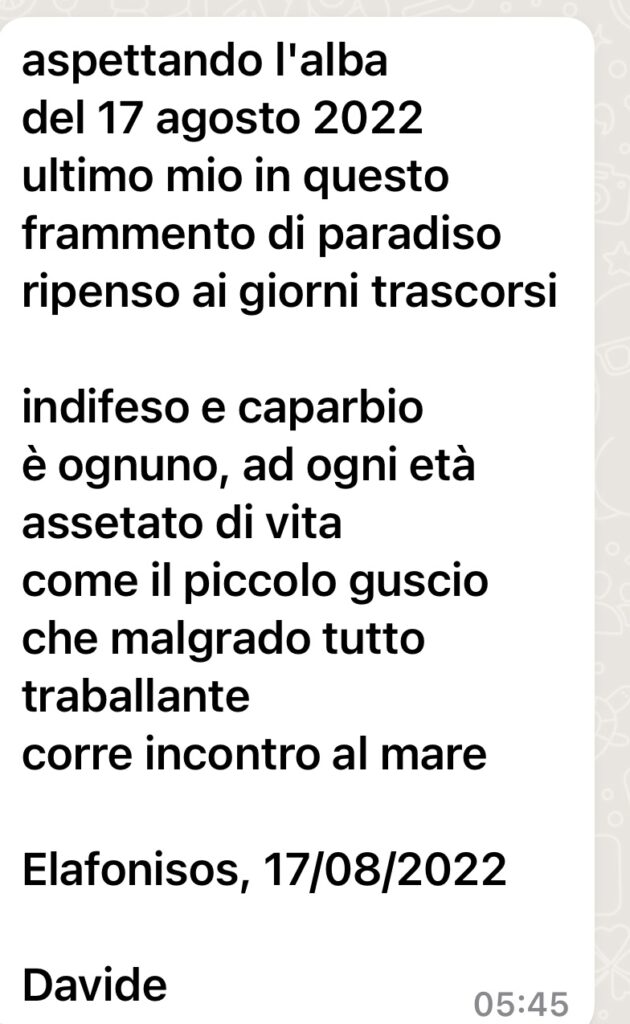