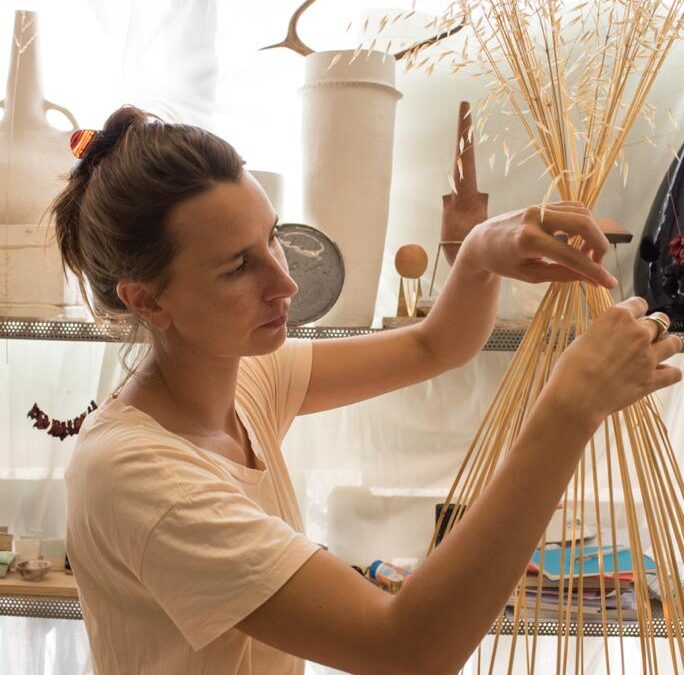 Elina Belou is a French ceramist and photographer living between the south of France and Athens. In recent years, his research and production has focused on archaic and archetypal models. The forms that inspire it are often utilitarian: they are part of a common memory, of a universal language. Sometimes, it adds external elements collected over time, which enter into dialogue with enamels and enamels. He has an almost anthropomorphic approach to the ceramics he models, “dressing” them with porcelain jewelry, petals or herbs. It is only at the third focus that he places on the enamels (which is a fascinating and sometimes unexpected phenomenon of transformation), gold and brass that bring a last touch of light.
Then, as a choreographer who places bodies in spaces, she creates installations conceived as still lifes or paintings, playing with space, emptiness and the perception of the viewer.
During the symposium we are lucky to have Elina with us bringing her tiles to be decorated by the locals, especially with the children. Why not have a furnace in Elafonisos?