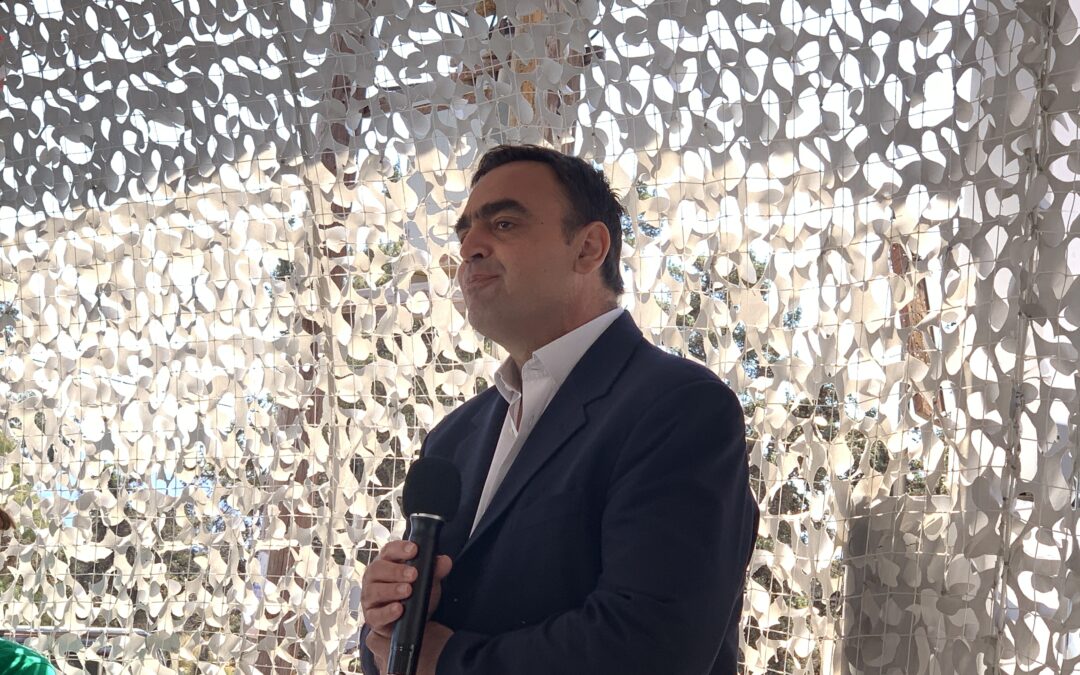 The Vice Governor of Peloponnese (for the area of Lakonia) starts his introduction by thanking Enrico and the Mayor of Elafonisos for the invitation and then he presented a number of projects that have been contracted recently in the island.

He indicated the new surface of the road to Simos that is already finished with funding from the Region of Peloponnese and informed the audience of the planning to repare the whole network of roads in the island. He mentioned the planning for the development of the nearby old town of Pavlopetri into a touristic and not only an archaeological place of interest. He gave some details of the recently signed contract, between the Region and the Municipality of Elafonisos, to proceed and offer the necessary technical support for the construction of the new school with EU funding. He finished this part by explaining the interest of the Governor Mr Nikas for Elafonisos, the only island of his Region. This interest is shown mostly by the undertaking and funding of the Region of the project of designing a complete plan for the supply of fresh water to cover the whole area needs by using desalination of the sea water and building a distribution network.

The last part of the Vice Governor’s speech was devoted to the environmental issues and the threats we have to deal with, in order to keep this island safe and sound for the decades to come.